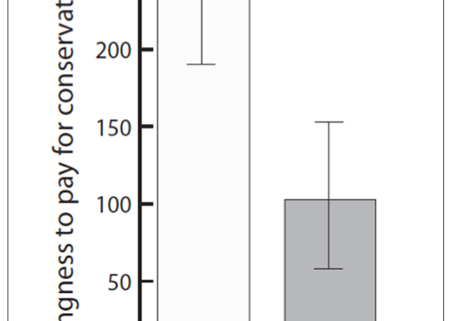 With climate change causing negative consequences for almost every ecosystem on earth, now it is more important than ever to fund conservation efforts to restore these extremely important environments. However, many people are unaware about the current state of these critical environments, which may affect their willingness to contribute to these important causes.

In this article, McClenachan et al. (2018) studied whether an individual’s willingness to pay for conservation efforts was affected by their perception of the current health of the environment, which is generally an understudied topic. The researchers used the concept of shifted baselines, or a reduction in expectations of the natural environment over time, to determine if people’s perception of the state of the environment was flawed. It has been previously stated that the public does not understand the baseline for coral reef health, which means that they have no comparison to today’s reefs. This is important to understand for conservation efforts, so that researchers can understand how the public gets engaged in these issues.

To answer their questions, the researchers conducted a survey of residents in Okinawa, Japan, to determine how they viewed change in coral reef ecosystems. It was found that respondents understood that there was a decline in coral reef health, but that the reasons for this decline were unknown. 67% of respondents were able to identify at least one component of decreased health of coral reefs. It was also found that respondents were more willing to pay for the creation of an MPA to solve these problems rather than donating to other conservation efforts, with the average donation being $142.22 annually. (Image 1) The researchers concluded that shifted baselines for reef health did affect willingness to pay for conservation, and that respondents that perceived a decline in reef health were willing to pay more than double than someone who did not understand this decline in health. This research shows the importance of documenting long-term change in ecosystem health, so that the results can be communicated to engage the public in these issues. With a stronger public engagement, people will be more willing to contribute to conservation efforts, which will help raise awareness and funds for these extremely important issues. 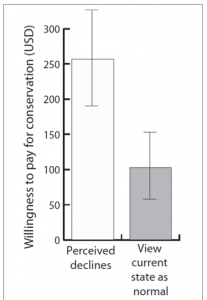 Image 2. This graph shows the difference between willingness to pay when respondents understand that there are declines in ecosystem health versus when they believe the current state of the ecosystem is normal (Source: McClenachan et al. 2018).

Albatross-born loggers show feeding on deep-sea squids: implications for the...
Scroll to top