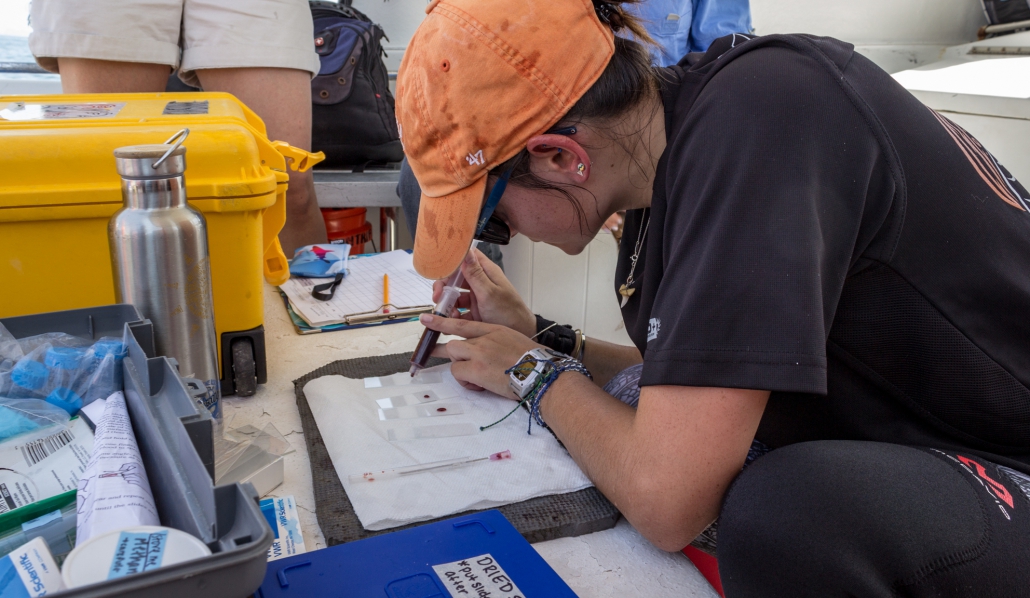 Immunological studies in elasmobranchs have been conducted using a number of model organisms, including the Atlantic sharp-nosed ray, the cow nose ray, the catshark, the dogfish, and the nurse shark. Many of these animals have been used primarily as laboratory models for the study of the evolution of the human immune system. Elasmobranchs are one of the earliest groups of vertebrates to exhibit a fully functional innate and adaptive immune system comparable to that found in mammals. Both innate and adaptive components of the shark immune system have now been described in the literature in detail and many of the pathways for immune reactivity are well known. However, much of this information has been derived from only a few species used as models, which are primarily smaller, benthic species because of the ease with which they are kept in captivity and/or handled in lab settings. Very little is known about oceanic, pelagic shark species in terms of their immune system and immune reactivity. In particular, we know very little about the susceptibility of wild sharks to disease following injuries associated with being caught as by-catch or associated with other environmental stresses and/or behavioral patterns. It is not known whether the immunological reactivity seen in model organisms is uniform across different species not yet examined. Some evidence suggests that there is a high degree of variation in the immune systems of different shark species which would be expected given the length of evolutionary time between divergences among various shark lineages.

One of the challenges for studying the immune system of pelagic sharks is the ability to collect tissue samples and conduct field immune assessment. Current monitoring programs that include tagging studies present an opportunity to investigate the immune status and gain further understanding of the immune system of wild sharks. An important consideration is whether we can use immune status to evaluate the well-being of wild sharks under various stresses, in diverse habitats, at different levels of maturity, etc. Several examples of this have popped up in the literature where investigators have sought to measure well-being in sharks in polluted and non-polluted habitats by measuring an immunological parameter such as inflammation. However, before such studies can really take shape and provide critical information for the conservation of each species, baseline data for various immunological parameters must be established. Once baseline information about the immune reactivity for each species is established, a methodology can be developed to apply these immune assessments to current monitoring protocols and maximize information regarding wild shark immune status. This would allow investigators to assess the health/immune status of wild sharks for the first time and relate their immune condition to their age, maturity, habitat use, migration pattern, and reproductive activity for various species of interest. In order for the immune status of wild sharks to be used in marine conservation, baseline data across species must be collected as an initial step. The purpose of the present study is to conduct a preliminary immune assessment on wild sharks caught off the coasts of South Florida as part of an on-going ecological study and use these data as a baseline to determine whether immune status can be applied to global conservation efforts. It is expected that the results of this exploratory project will yield information about the relevant immunological parameters that can be accurately collected and measured in different pelagic shark species with the intent to include immune status as a critical component to be assessed in monitored populations around the world. In order for the immune status of wild sharks to be used in marine conservation, baseline data across species must be collected as an initial step.

1. Establish field techniques for the collection of tissue and blood for immunological study;

3. Obtain baseline data for all immunological parameters assessed for each species of interest (those for which samples are collected from at least 10-20 individuals);

5. Use preliminary data to develop a protocol for immune assessment in wild shark populations currently being monitored.

The proposed project will be done in collaboration with the current shark tagging study being conducted in South Florida using catch and release of pelagic sharks. Field collection will consist of obtaining a peripheral blood sample from each shark tagged (as conditions allow). Blood samples will be collected in a large syringe and then added to various tubes that contain anti-coagulants (EDTA or sodium citrate and/or sodium heparin) and to one tube with no coagulant added. Additionally, a portion of whole blood will be used to make peripheral blood smears in duplicate for each shark. Blood smears will be allowed to dry and then immediately stained (modified Wright’s stain) to perform complete blood counts later in lab. Sharks will be assessed for biometric data including size as well as for sex, age/maturity, reproductive status (if possible), and any injuries/wounds and/or other health information recorded.

There are no standardized hematological techniques or reference levels known for sharks, although some parameters are well established for some model species. It is expected that one of the results of this study will be the description of various hematological and immunological parameters for various species of pelagic sharks that have not yet been investigated. This will serve as reference intervals so that future studies can detect potential abnormalities or variations such as those observed in mammals (leukocytosis, neutrophilia, lymphopenia). The complete blood counts will be performed on blood smears in duplicate for each shark sample. In particular, the presence of immature cells and cells in varying stages of maturation will be recorded (looking at segmentation of nuclei). Overall percentages of granulocytes, monocytes, and lymphocytes will be recorded as well as ratios thereof. At the time of collection, the erythrocyte sedimentation rate and packed cell volume (PCV) will also be recorded along with hemoglobin concentration. A serum protein analysis will be conducted to assess the total serum protein, globulin fraction, complement activity (both alternative and classical complement), lysozyme activity, and anti-microbial reactivity of serum. A relevant panel of other inflammatory markers in serum may also be tested depending on preliminary screens. A likely candidate that has been partially characterized in elasmobranchs is C-reactive protein, so CRP levels can likely be measured as a marker of inflammation. Adaptive immune status will be measured as overall antibody titre measured using the sRBC assay (taken together with total serum protein level). Additional tests for oxidative stress and/or functional activity on isolated leukocytes may be performed if sufficient samples are obtained. 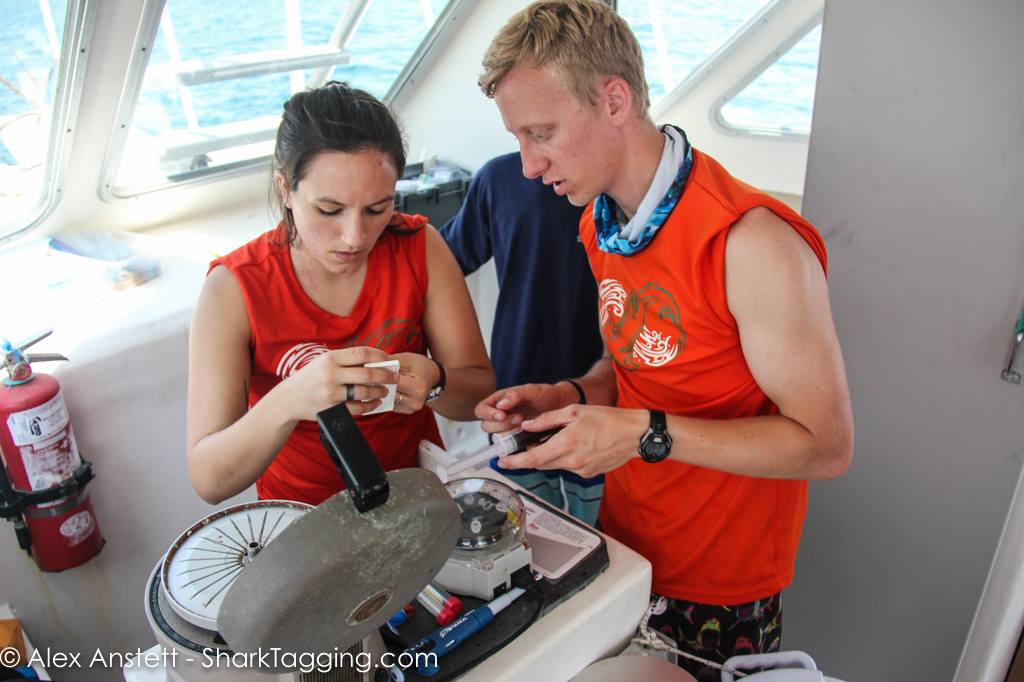 The results from this study will be utilized as baseline data in the future to evaluate immune response and species health in wild shark populations.