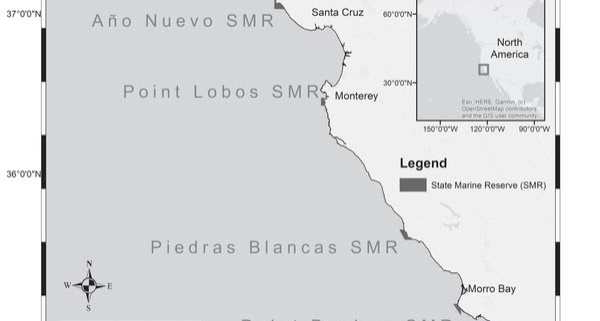 Today’s blog revolves around a group of researchers who interviewed volunteers from the California Collaborative Fisheries Research Program (CCFRP). Their paper, “Long-term participation in collaborative fisheries research improves angler opinions on marine protected areas,” examines how the volunteers’ time in the program impacts their views on marine protected areas (MPAs). The survey showed a clear relationship between time as a volunteer and perceptions of marine resource value and fishery management.

Let’s start with a quick little history lesson, shall we? In 1999, California passed the Marine Life Protection Act, which directed the state to increase the protection of their local marine habitats, which led to several marine-focused organizations coming together under this unifying law, and in 2006 the CCFRP was created. The California Collaborative Fisheries Research Program monitors groundfish populations, such as rockfish, groundfish, skates, and rays. It uses the data collected to make future predictions of species diversity and catch rate. According to the article, “Between 2007 and 2016, CCFRP annually surveyed four sets of MPAs along the central coast including Año Nuevo State Marine Reserve (SMR), Point Lobos SMR, Piedras Blancas SMR, and Point Buchon SMR” (Mason et al., 2020).

While the benefit of the CCFRP is more than evident, what’s not as clear-cut as the volunteers’ perception of the work they do. This where the survey comes in. To conduct this experiment, the researchers distributed a 29-question survey to 722 volunteer anglers in CFRP. The survey consisted of several different types of questions, such as multiple choice and ordinal scale. They were distributed through email in the Spring of 2018 (Mason et al., 2020). The questions themselves ranged from being about CCFRP, MPAs, and personal demographic data about the individual taking the survey. Despite so many recipients, only 15% of the volunteers completed and sent in their survey. A majority of the responses were positive, with volunteers not only believing that the CCFRP is a beneficial organization but that they have learned from and contributed to the work the organization does. To learn more about these results, you can look at Figures 2-4 below. Overall, this article portrays who CCFRP volunteers are and how they have been affected by the program. Results show that positive change in opinion became significant after an extended time with the program (sometimes up to 7+ years) (Mason et al., 2020). Hopefully, this article, and maybe even this blog, encourages people to volunteer with programs such as the CCFRP and put some real-time in, and you might even have a change of viewpoint.

Genomic vulnerability of a dominant seaweed species points to future-proofing...